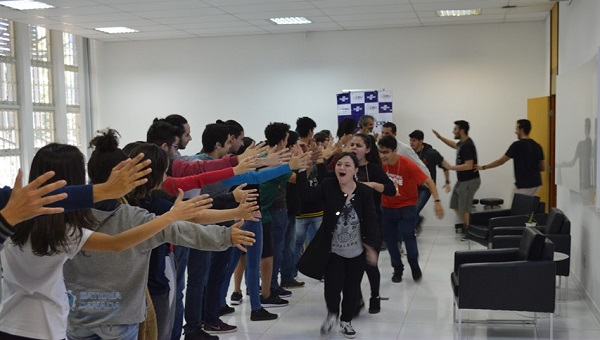 From May 25th to June 2nd, the Unifei Entrepreneurship Center (CEU), linked to the Institute of Production Management Engineering (IEPG), promoted the 7th edition of Maker HackLab, an Internet of Things (IoT) business marathon. which is proposing to develop high impact business involving the integration of hardware and software in the cloud. The event lasts for nine days and is a unique experience in which we work with different people who are engaged in getting an idea off the ground in an environment conducive to creating incredible business.

In each edition of the event, the interested can subscribe in one of the following areas: Business, aimed at entrepreneurs and people with interest and knowledge in management and startups, and in which the themes business modeling, validation, customer and development are developed, among others); Maker, for participants who have knowledge in Arduino, electronics, hardware or robotics, and Developers, intended for people who can program lines of code and generate web interfaces, prioritizing PHP, ruby, C, C ++, HTML and CSS, among others.

During the early hours of the event, participants are encouraged to brainstorm and build a team of participants from all three areas to start the marathon. Only after this step do jobs begin. To assist the teams, workshops take place in all three areas as well as mentoring.

In this year’s edition, the participants were divided into 6 teams, 16 of them enrolled in Business; 14 in Maker and 7 in Developers. There was also a record number of female entries, which was approximately 10 participants.

Teachers Fábio Roberto Fowler and Juliana Caminha Noronha, from IEPG, helped in the mentoring needed by the teams. In addition, there were startup mentors who have already gone through the Lab001 pre-acceleration program; some startups from the Itajubá Technology-Based Business Incubator (Incit); representative of Samsung, Startadora, Baita, Honeywell and Flex.

“In nine days of activity, the teams were able to present their results, put into practice all the theory learned in the classroom and challenge themselves to solve problems that only when trying to create a business model from scratch is it possible to learn”, said Professor Juliana Caminha.

According to her, CEU believes that events such as these can impact many lives and, in a way, push people out of their comfort zone to solve worldwide impact problems together. “As technology has been progressing more and more, talking about such issues and involving students in solving society’s problems is something expected for the very near future,” concluded the professor.